I like my cat carrier. Of course, I have known carriers since before I can remember.

My human put one of the cat carriers in the shed so the kittens could get used to it when he took them to go to new homes. There was one there when I was born, but I was born in a box. When I was about two weeks old, he tells me, Smudge took us up into the carrier. I think my older sister Blackie actually had her kittens in the carrier.

When he was trying to find us new homes, we got in the carrier. Sometimes I stayed in the carrier the whole time (so nobody saw how pretty I was -- he liked me best

). The day Butler, Truffles, Inky, and I went to get fixed, he took two carriers to get to the low-cost spay-neuter clinic -- I rode up with Butler and back with Inky. Butler peed in the carrier just after they put him in it before the way home. (He also put the four of us in a large dog carrier to make sure we didn't eat overnight.) Butler peed in the carrier, but Sandy peed on my human's pants one time before they used carriers.

He leaves the carrier where I can sit on it or in it. Sometimes I do both.

When we go places, I get in the carrier. Usually he has to put me in it, or at least my head and front paws and I'll get in the rest of the way. We've been to the vet for appointments, to the pet store for visits and collar fittings, and home to the farm. And moving. One time, he dropped me off at a vet while he talked to someone on the way to the farm.

One of the things he likes about the carrier more than I do is that he can take the top of it off if I don't want to come out. The last time I went to the vet, I didn't want to come out. So he took the top off and put it on the couch. They did some of the examination while I was sitting in the bottom of the carrrier. It felt and smelled somewhat familiar. I was back in the carrier when Binx came to say hello.

Do you like your carrier? For those of you who are not the only cat, do you share carriers or have your own? 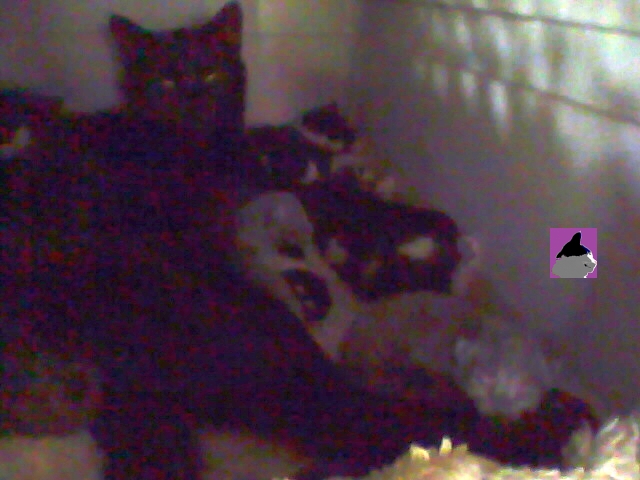 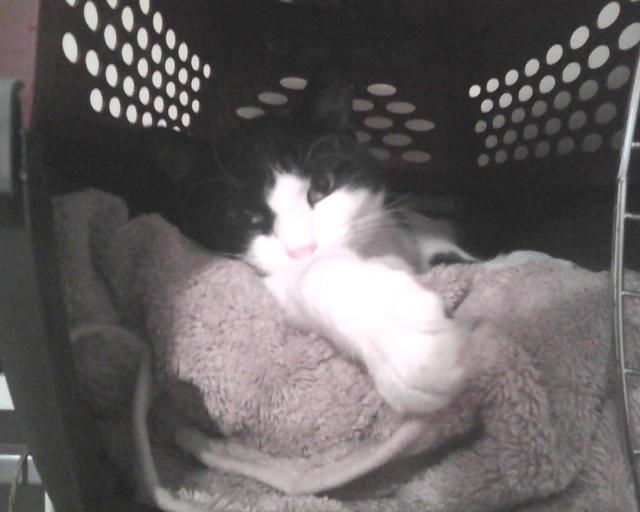 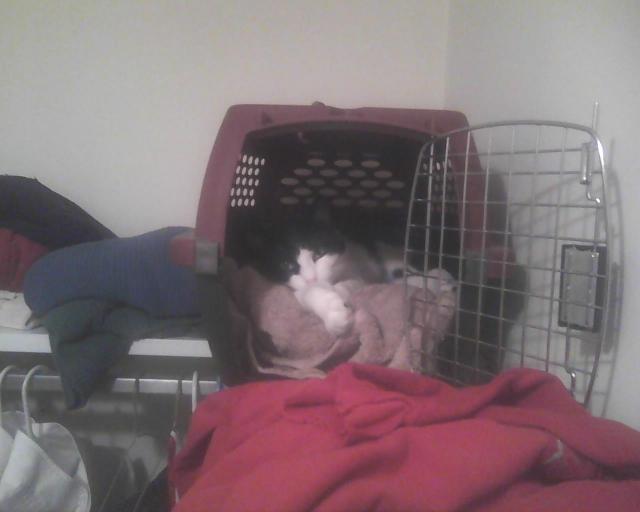 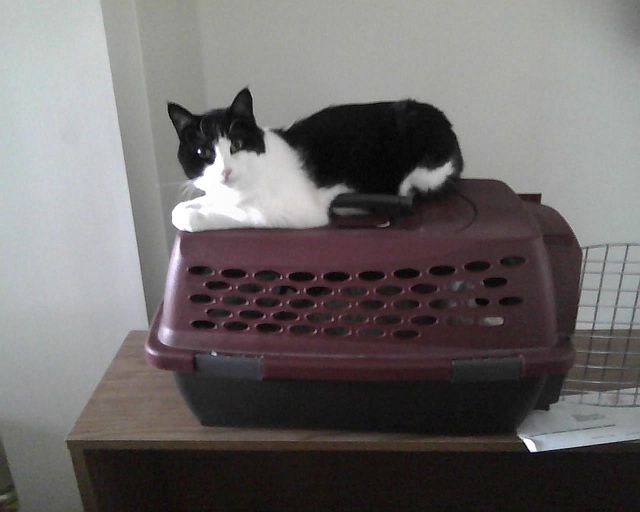 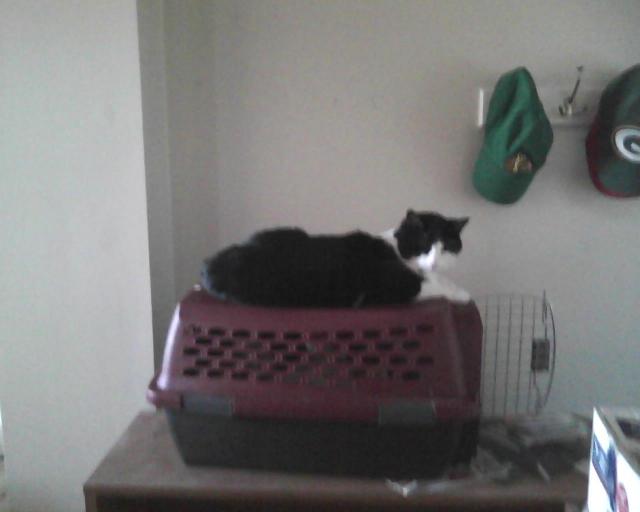 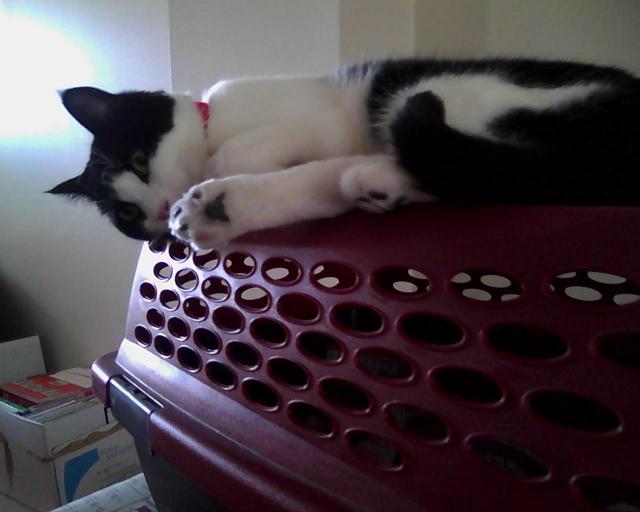 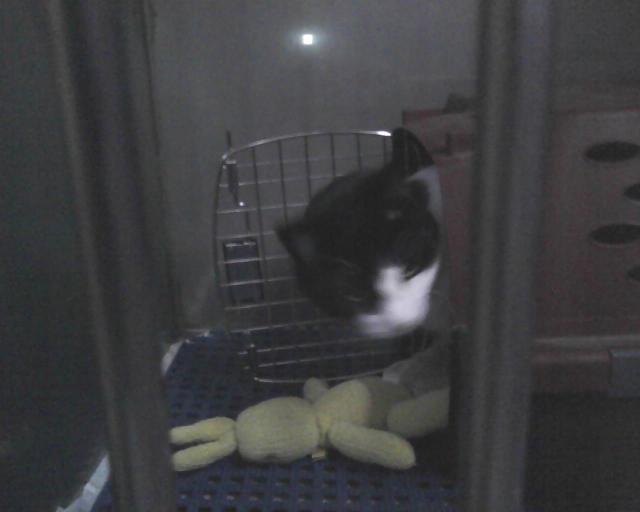 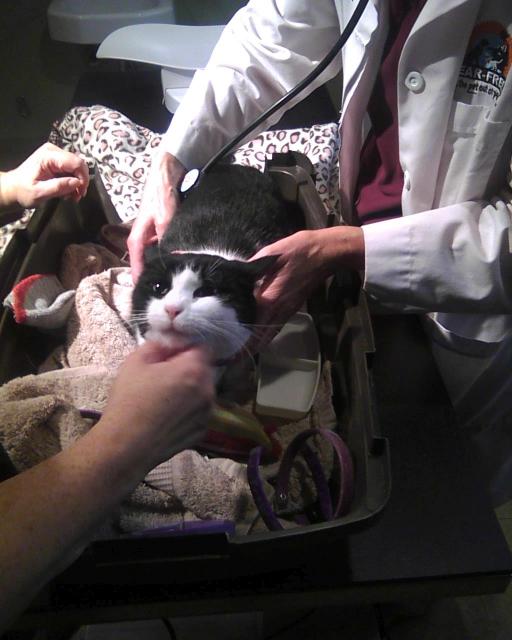 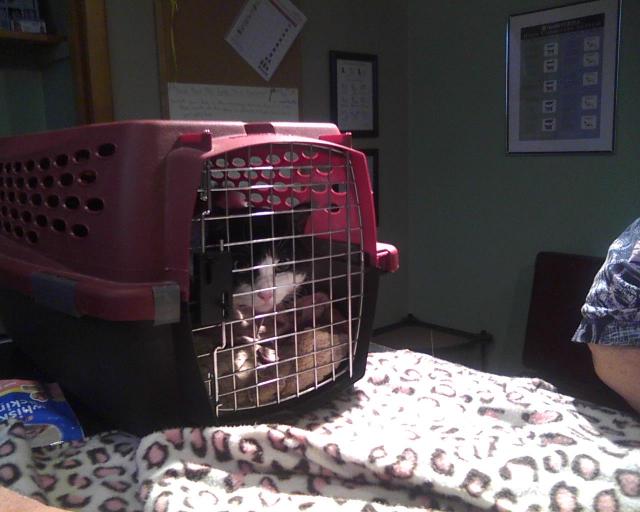 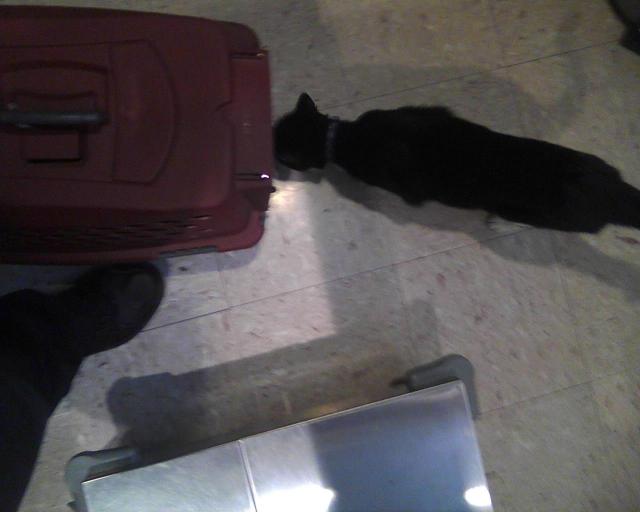 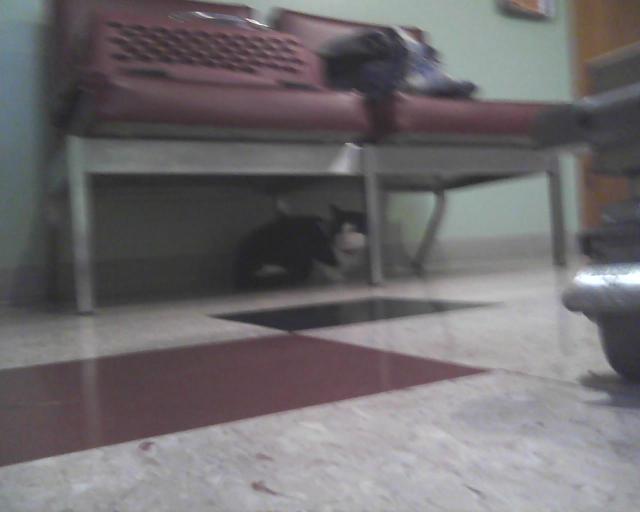 that trip to the vet was my first trip in a carrier. I didn't go out with y'all when you'nes went looking for homes. And I was knocked out all day for the sirurgery. Of course I had to go. And you're right, I kept it in the carrier rather than peeing his pants.

If you need a new carrier, we links to some over in the forums at this post

This post has been shared to Rascal & Rocco's Pet Parade 177.