Some things that many people have around the house or garage can be poisonous to cats. Herbicides, insecticides, and other pesticides, unless specifically cleared for cats, can be a problem. The -icide ending means that it's designed to kill something. The active ingredient in many dog anti-flea collars, and some human anti-flea and tick sprays, can kill kitties or make us sick. If a mouse has eaten rat poison and a cat eats it because it's easier to catch, the poison can kill the cat, too. Owls also suffer from this problem.

Human medications, such as Aspirin, should not be given to cats unless your veterinarian tells you to. Some vets will say never give them to kitties. In some cases, it may be the inactive ingredients that are harmless to humans, but harmful or fatal to cats. Drugs made in the US, Canada, or Europe are generally safer, but check with your own vet first. Acetominophen, also known as paracetamol (the active ingredient in Tylenol) is especially dangerous to cats (and humans with bad livers). And vet meds that are too tasty can be a problem as well.

Some human foods are dangerous. Some of them make cats throw up; others are worse. Some of them have been studied well in dogs but not cats (xylitol [the artificial sweetener] and grapes come to mind). Onion, garlic, and chocolate should also be avoided, as well as unbaked dough. Alcohol is too strong for a little kitty liver, and cats don't have as much blood in their systems as humans do.

Plants can also be a problem. Lilies can be especially dangerous -- walking by and getting the pollen on our fur, we will lick it off and swallow, and ingest the poison that way. They're pretty, but you can have other pretty flowers. Catnip has pretty flowers.

Another culprit is the Christmas tree -- drinking the water from a real tree can be a problem, as it may have fertilizer or pesticide. Or high iron levels if the stand is rusty.

I liked to chase bugs at sunset, but there are some bugs that we shouldn't catch. Some taste downright awful, such as many of the orange and black insects. In southern Europe, there are also processional caterpillars that cat ruin a cats tongue if a cat eats them.

And there are some things that humans with small children would put a Mr. Yuk logo on because they aren't good for kids or kitties. Antifreeze comes to the mind of my human typist. Sunscreen and ice melt are also hazardous.

Tomorrow we'll post some suggestions about what to do if you can't prevent the poisoning. 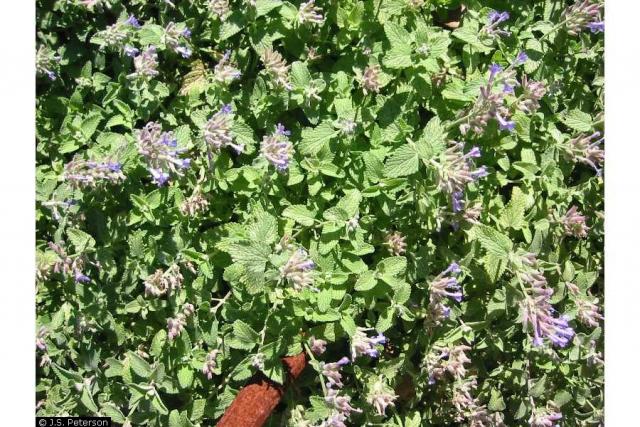 video:
What Are Some Common Pet Toxins? / ASPCA
Log in
to vote
2