J is for jungle.

A jungle is typiclly a tropical deciduous forest, but can refer to anywhere the wild vegetation has taken over. Well my forests were decidiuous, and they sorta felt tropical in the summmer. There were lots of trees. Which meant there were lots of birds. Which usually meant there were lots of little birds. Little birds are tasty, and you don't have to share them with the other kitties. Although the big birds like owls, hawks, and eagles are too big for us to eat them. Sometimes they might try to eat us

And sometimes in the summmer the grass got so tall it felt like a jungle. One night on the farm the dogs were up the hill and the grass was tall, so I had to stand on my hind legs to see wwhere they were.

There were sometimes some paths through our woods. Some were just big enough for a kitty, but some were big enough for a person or even a tractor or a pickuptruck. Sometimes on a hot day the cows will keep cool in the woods.

The other thing about the junglewoods is that there are often a bunch of bugs, insects, chiggers, ticks and other little nasties. Sometimes there are so many that the spiders make webs across the paths, which is sorta inconvenient, especially for those as big as humans. 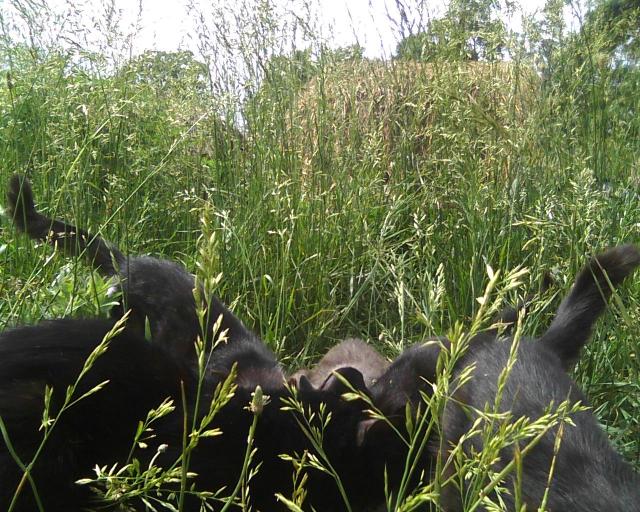 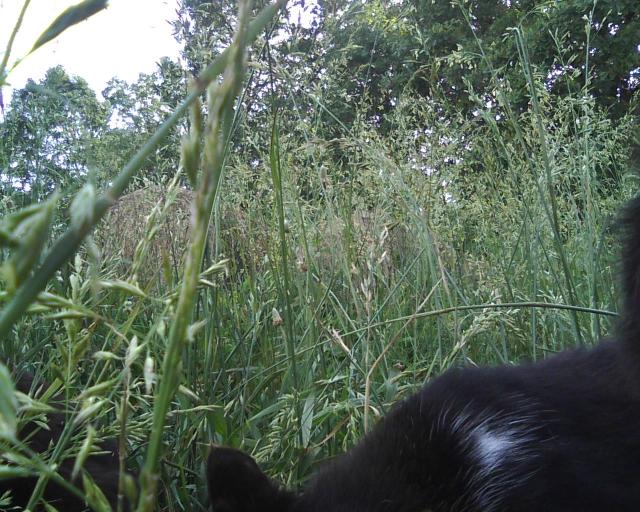 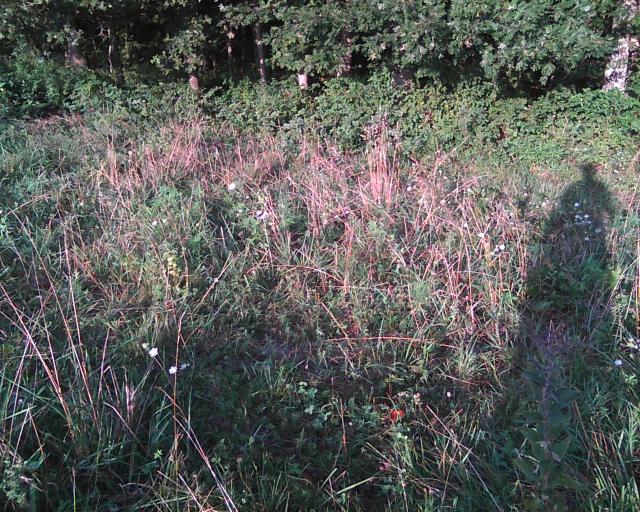 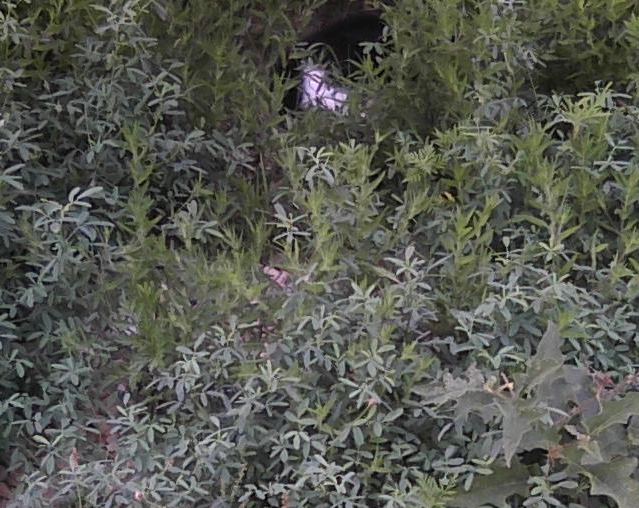 I can see where you could have lots of fun and adventures in your jungle. I don't think the ticks and chiggers would be much fun though. Looks like you had lots of things to hunt and even eat. How about mice. Where you able to catch many mice? My sissy fur Blackberry loves to hunt for and catch mice and bugs.

We caught mice and birds. First, our mother caught them and brought them back to us. There was one mouse she brought back that I got. I growled at anykitty (or person) who got to close while I was eating it. Some other times the one who did the hunting did not wind up eating it. Rico caught alizard on e morning. There was a frog in there one night that Truffles couldn't figure out how to eat.

I sometimes caught other things, too. I caught a pregnant mole that was too big for me to eat on my own, so I brought it back. Then there was the mouse I held with my thumb claw, and the vole that I caught and carried behnd the shed only to lose it when it dug back underground. And the meadowlark I had for dinner one night -- I still made an appearance when he fed us the catfood.

Fun in the Jungle

Hi Butler and Happy Mew Year
That is one fine jungle and we know you have a lot of fun in there. Those buggies can be a problem but I think more fur your pawrents. Happy Hunting
Timmy, Dad and Family