Outside the dream house

Parker had some good ideas for the inside of the dream house, but what if you want to take care of outside ferals like me, or like she was?

First of all, make sure that the community jurisdiction accepts ferals. Often it helps to live in rural areas for this. Also there should be someplace nearby where the cats can be TNR'ed. We had a long ride up to where we were fixed.

Then we need some kind of an outbuilding, like a shed. We need to be able to get out of the wind and out of the rain. Four walls would be nice, as long as there's a way for us to get in and out, and another way in and out. We had the door, the window of the door, a couple of holes in the wall, and another one up by the roof. The roof had more holes than our new dream house should have, but it also had a shady spot where we could get fresh air under a roof.

We need some way to climb up so we can see things, and places to hide so we can't be seen. There were some stacked shelves in there where Friendly and his littermates were born under them (and Pretty Grey Lady finished her bird that one time), and that other shelf where the big cats ate while the kittens had kitten chow. And lots of boxes... we were born in a box, and Rico was looking for a box for her litter the day you left the shed. Brown paper bags are fun, too. And there were some drainage tubes that we cound run through to get to a different part of the shed. There's a semi-famous photo from Rikki's Refuge in Virginia with cubby spaces for cats.

Since we didn't have it, I'd like some heated bowls so he doesn't have to break ice every time he feeds us in winter. Straw would be a good, cheap insulator that may have other uses come summer. Mama Smudge has some hay she can hide in now, which is better than nothing, but not as nice as straw. Other small heaters might help if there's a reliable way that they won't burn the place down. Maybe an incandescent light bulb...

There was a door big enough that our human could come inside and change our litter box. We went through a lot of litter. There was also a chair, where the human could sit when he came to see us, and we could sit when he wasn't there, or wanted us to pose for pictures. He remembers when our father Beardy Cat used to sit there before he came in.

He also had a litter box for us to use. We went through about 25 lbs of litter in a week, until that one cold week when the litter froze, so we stopped using it. Sometimes, we went in the litter that had been kicked out of the litter box

. You can see the bag of litter in the background of the picture where I'm sleeping on his lap.

Outside, we had a carport where we could get a breeze under a roof, and a couple other outbuildings to explore. We also had trees we could climb. Sometimes, there were birds in the trees. I forget how much land we had. We also had some ponds and a creek where we could drink if our bowls were empty or funky. Our kitty territories didn't match up with the human property lines all the time anyway. 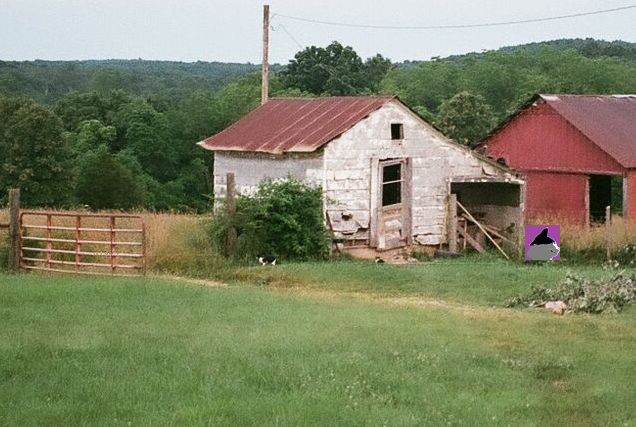 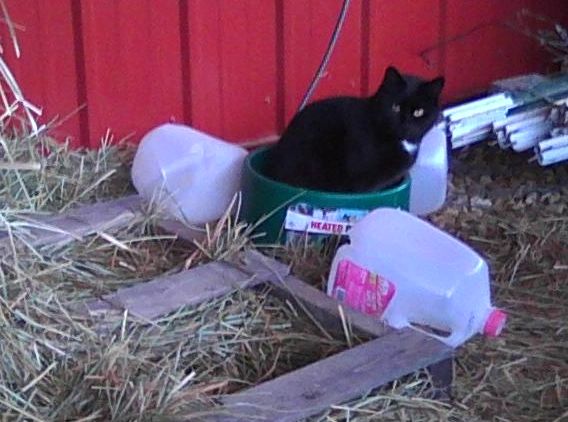 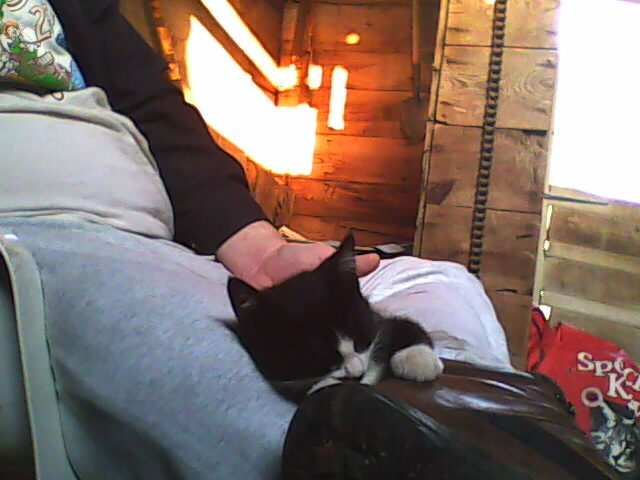 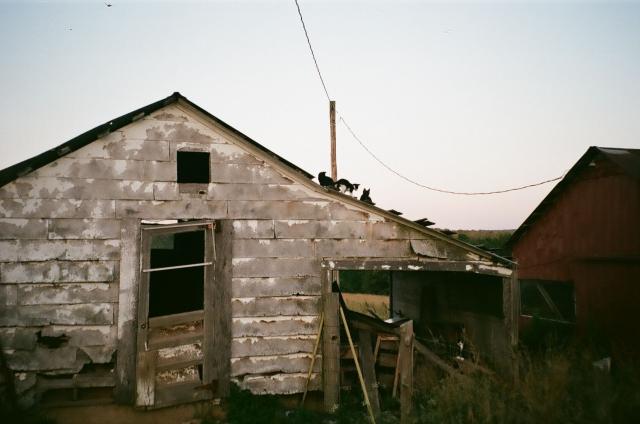 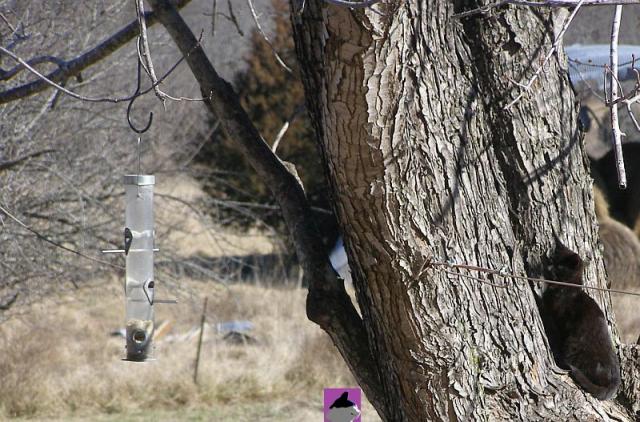