Over the past couple weeks, I have tried some new things to try to get my human awake enough to feed me brexfast.

Many of them involve sitting on the computer.

One day, I sat on the computer and tried to enter his password. I entered so many characters that the computer started beeping at me.

Then I turned on the Ease of Access menu. In case you don't know, when that menu is up, the screen reader reads what is in that box.

There was a day last week where, instead of entering his password, I switched users to the user that has no password. So when he finally did wake up, the computer display was all different.

Most recently, I turned on the toggle keys, so whenever he hit the Caps Lock or Num Lock to turn it on, it beeped at us, and beeped a different beep to turn it off. 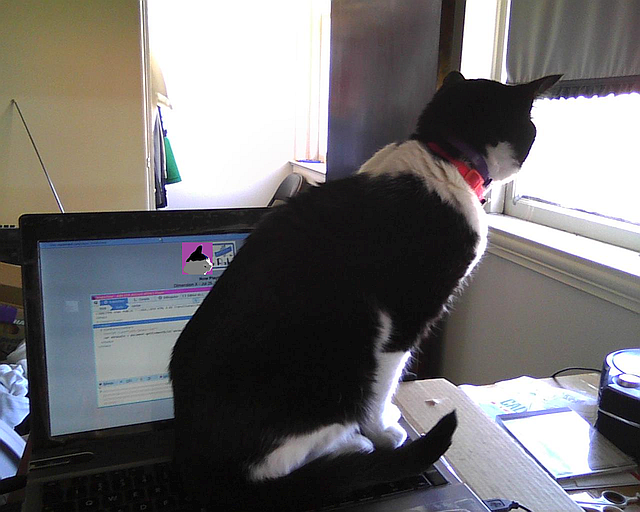