a trip to the farm 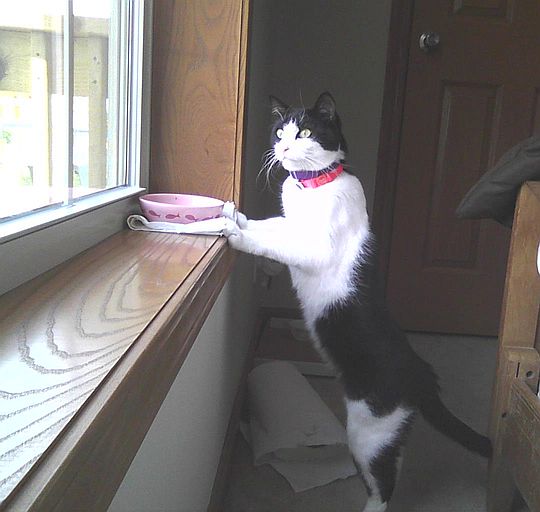 My human took me to the farm this week.

I wasn't wild about the long car rides; the ride there, I had a sleeping pill; the ride home, I did not.  I made a lot of noise on the way home until he turned on the baseball game.  Then I slept.

I was about to eat dinner in the windowsill on Friday night, but then the dog [warning: Dog] 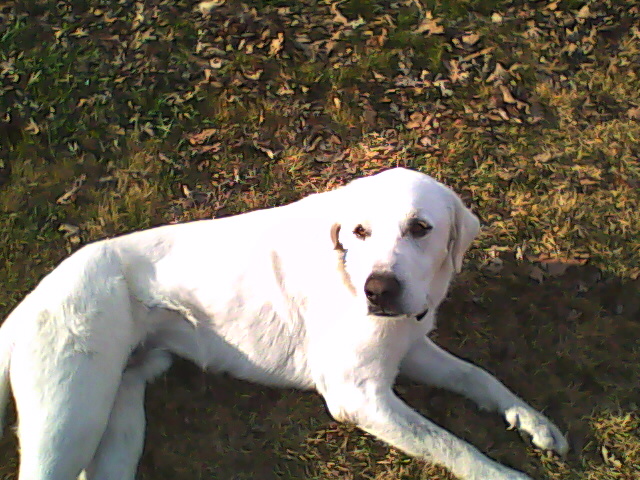 came back and was walking straight to the window.  He said the dog would not get me.  I guess he was right, but that dog found some kittens about the time I was born, and took some away from the shed to take care of them the fall after I was born.  And he tends to bark all night when the moon is up like it was this week.  I heard that he was exploring where Gracie had her kittens this week, too.

After he went through the drive-through window at a chicken place, we went to the PetSmart so he could use the restroom.  On the way there, he got me a throw-away litterbox.  There wasn't enough litter in it, so he brought some of the good stuff with him.

Most of the time I spent in the bedroom with the door closed, but I did get to explore a little.  Not enough.  He said they didn't want me to climb up onto the counter and the top of the cupboards.

And there were other cats there.  Both of them tabby.  He says that the little one is my sister.  She growled at me when I went to sniff her nose one time.