They tell me February is Canned Food Month. I like canned food.

From the human perspective, canned food is a way to get food fresh from the field to the home, and increase its storage life. Lots of soups that aren't homemade are served canned, and canned food often has a longer shelf life than food stored in other manners. But once they open the food, they have to eat it right away or put the lefto ver food in the fridge. Frozen food might last longer, but it has to remain frozen, and it's usually too cold to eat that way. Oh, and the cans are usually safe from cats who try to eat what's inside, while bags, boxes, and fresh food with no container often are not.

From a cat's perspective, canned food is a good way to get wet food when we can't hunt for it ourselves. My canned food is about 78% moisture. Live birds are about 75% moisture. When I used to hunt, I could get my water from them. (He also provided us water to drink when he came to feed us, and warm water if there the water had frozen since the last time.) But now, I either have to eat wet food or drink water. Cats who do not drink enough or eat enough water often wind up with kidney problems, and that is one of the more common killers of cats.

Canned food also has the advantage that the food is inspected, so we don't (not often, anyway) eat sick food, as we sometimes might when we hunt our own. If the mouse we caught was slow because some human tried to poison it, that poison is stored in the body and we get a higher dose than the mouse did. Some of the cat food preparation facilities, especially with larger companies like Mars or Purina, are up to human food preparation standards.

My personal history with canned food... I had a little bit of canned food on the farm when Butler was sick. He tried to eat it, but when he couldn't, I finished it. Since I moved inside, the human has been feeding me canned food at about the same schedule as he fed us dry on the farm, depending on when he's home. During the rest of the day, instead of hunting birds and mice and the like, I have some dry food I can nibble on if I need to eat something.

My favorite flavor is chicken. Sometimes I eat turkey, too, and sometimes there's cheese, tuna, or other fish mixed in with the chicken. I will eat it in several shapes (bits, shreds, chunks), but I don't really like pâté. I can tolerate fish chunks on occasion; but he hasn't tried that recently, and I totally refused it the last time he got salmon pâté. I may tolerate pâté if it's chicken and only for two meals, but he can never be sure, so he doesn't try very often. I had some indoor formula canned food when I first moved inside, but then I switched to the regular flavors, and I prefer those now.

Usually he just seals the can up to store the lefto food at room temperature (the food companies recommend refrigeration, but I don't like it cold -- especially when it changes the texture or the thickness of the gravy), and the 5.5-oz. can lasts me two days (four meals). He got some can seals from the vet, and you can also find some in pet stores. Sometimes for special occasions I get a 3-oz. can that lasts me two meals. In the third picture below, you can see that I finished my canned food and still have a full bowl of dry food left.

He usually buys it; lots of stores have it available, although not all of the stores have all the right flavors or all the nice prices. Occasionally they have coupons. I think I got in their coupon program when I submitted the second picture below, but some of those coupons are for dry food or specific varieties that I don't eat.

I like canned food. Chicken is okay, but sometimes I wonder why these cat food companies don't give us real flavors, like mouse or bluebird. 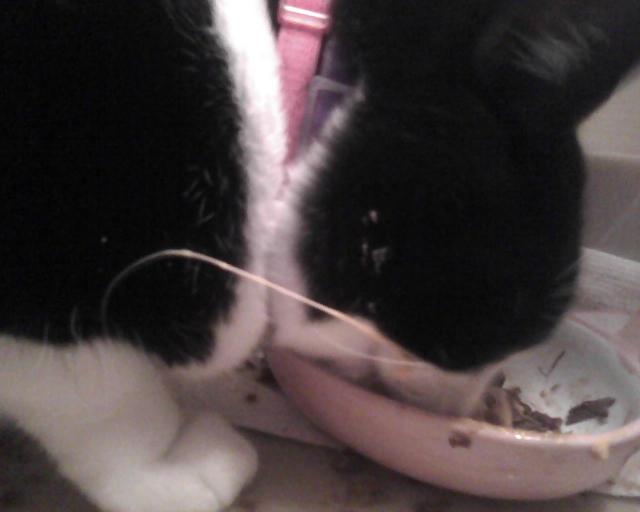 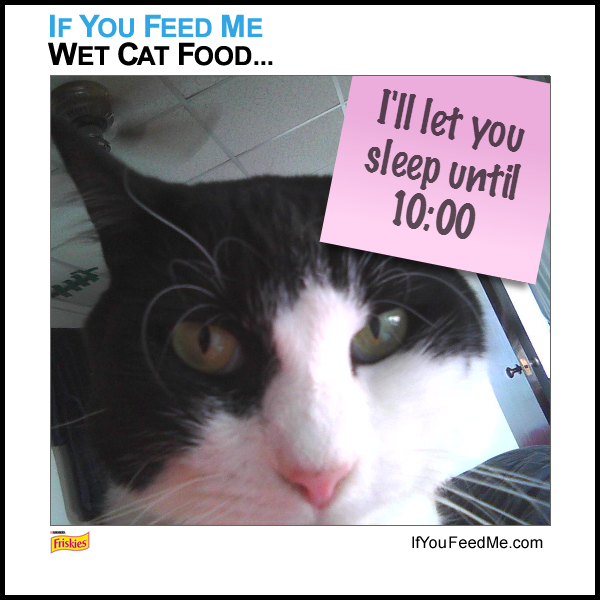 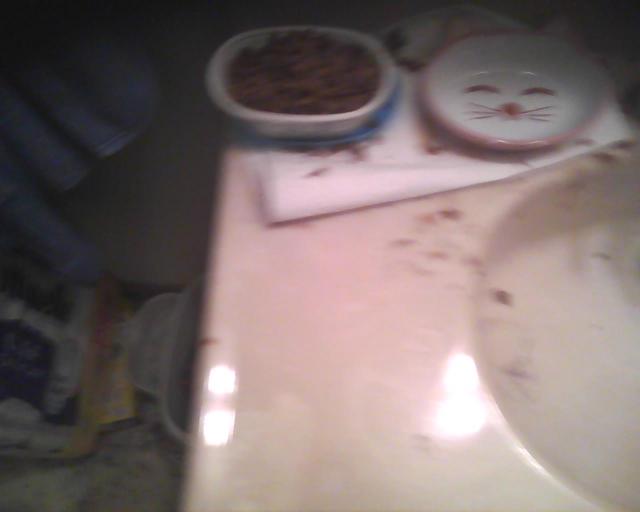