Our human went to the Illini Cat Show last weekend. Here are some of his thoughts.

The show is an official show of the Cat Fanciers Association put on by the Illini Cat Club at the National Guard Armory.

Each cat presents before each judge. This show had eight rings -- four on Saturday, and four in the same place with different judges on Sunday. Some of the rings had to wait because their cats were still showing in another ring, which meant those cats coming afterward had to wait even longer.

The human takes the cat up to the cages. Males (either full males in the breed competition, or neutered males in the Household Pet competition) cannot sit in adjacent cages -- they must have empty cages or female cats in between. There were sixteen cages in each ring, so eight males could show at one time. Two of the eight rings judged longhair and shorthair cats separately; the other six were All Breeds, where shorthairs competed against longhaired. There are specific requirements for the well-bred cats, but the judges just use their own opinion for the Household Pets. The judge takes the cat out of the cage, puts him on a table on the table, pets and looks at the cat, tries to get her to play with a feather or wand toy, and then puts him back in the cage. The judge then writes some notes and puts a merit ribbon on the cage. The judge then sprays a cleaning solution on his hands and the table and wipes them down before moving to the next cat. Some judges talk during the judging, others do not. Some cats who were #1 with one judge were not even Top 10 with others. The top 10 cats are then called back to the ring by number and the judge introduces "My 10th best cat," and so on down through "My Best cat."

Some of the household pets just missed the requirements for a class; others were rescued. One had only three legs, and one had been shaved recently because he had so many mats in his long fur. A couple of cats who were competing did not finish because they were adopted before the show was over.

In the household pet division, there were only two females, and some of the judges liked black-and-white cats. In some cases, there were nine males in the top 10, so they had to receive their ribbons in two shifts. So maybe Parker could have done well if she had entered. 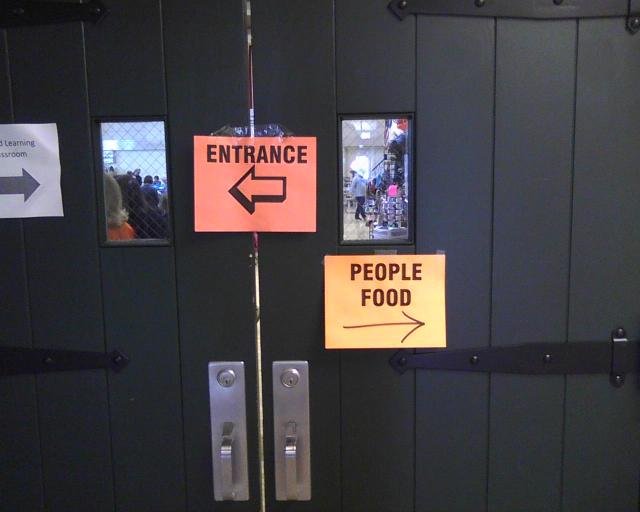 You should enter next time

I think I might be willing, especcially if we are somewhere close by. He would be able to sit and talk to cat fans walking by more easily and he might be able to talk to people to come visit our websssite. And I would be able to eat closer to the right time and not have to wait for him to come home.

All good points, I hope you can convince him

They say I might enter the cat show next year, too. I'm the only one of the clincic cats that still have my claws, and the householed pets (and the rest of em) have to have all their clawszx. It was the first show they had had had had had (got carried away there 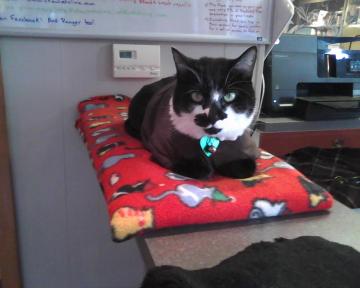 That would be pawesome