O is for owners.

They think they own us ! Silly humans. We own them. They feed us, they take care of us, they take us to the vet when we need it. They are our servants. We own them, right? This day reminds them that we need taking care of -- they have to feed us, change our litter box, brush us, do some things we don't like, clean our bowls, and so on.

Sometimes they call it Pet Owners Independence Day. Just what does that mean? Are they independent from us? Is the amount they earn from January 1st through today just enough to pay for our care for the year, and then they can start taking care of themselves? I know he spends more on his food than on mine. But there other things we need, like litter, and flea medicine, and calming things like collars and diffusers, that may drive up the cost of taking care of us, to say nothing of toys. Nah, he makes more money than that, right?

Is this the day when we go to work instead of them? I stayed at home all day, and he left and did what he did. Although as far as running the website, he does as much here as anywhere else. And speaking of working cats, my mother lives in the barn, where she has the task of catching mice (but that's a tale for another day or another letter). My furriend Binx lives at the clinic and helps with the paperwork sometimes, and even spends the night in the vet's office while Ranger goes into the boarding cages. Mercy got to roam the clinic at night. And there are some other kitties my human has met who live at work rather than in a home.

Is the day that humans lie around the house like we do? The humans sometimes would like to lie around all day, getting up only to eat and use the littter box. But they aren't as good as we are as catching mice. Most of them, and most of us, at least.

Maybe the day refers to people who decide to take care of us and take us out of the shelters or inside from the farm. The rescues can be so crowded that the rescue staff need to find good humans to take care of us. And the rescues need to be sure that the humans will not do mean things to us so we wind up back in a rescue or worse. 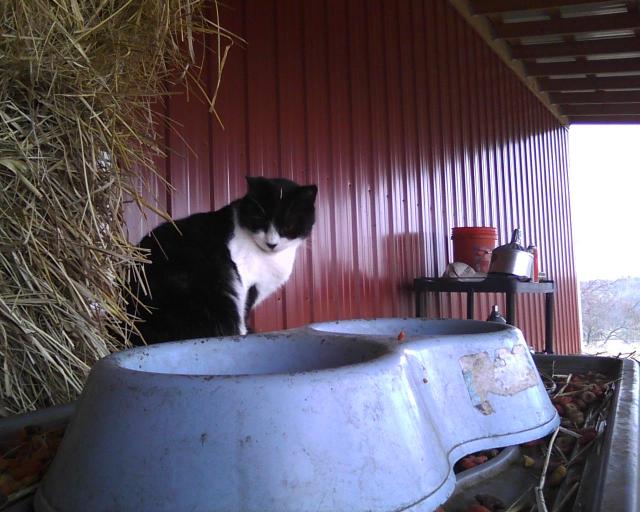 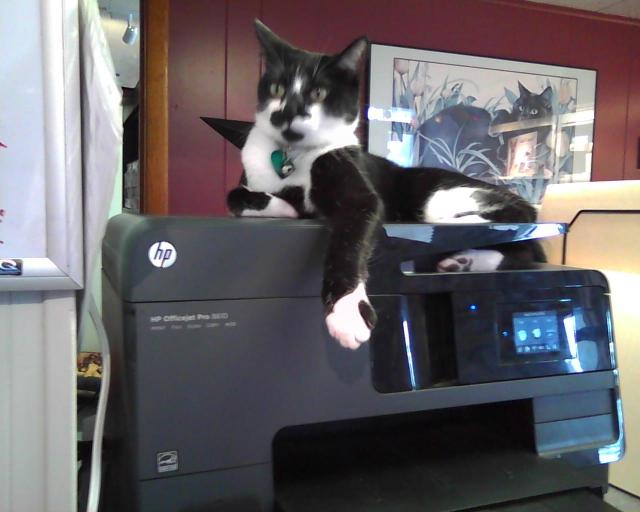 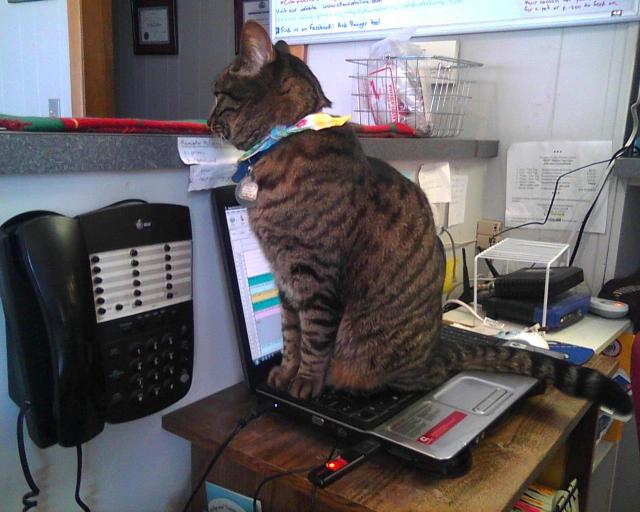 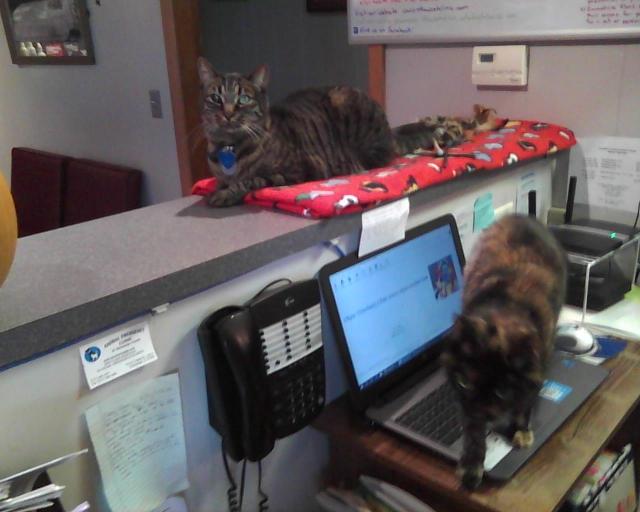 We run's the house!! I work's VERY hard on the Butt Warmer. Silly HOOMAN"S don't know how to use Da Butt Warmer!! I sit's in front of the Telebision too because the don't watches it right!! And they can't look out at the birdies right either!! Silly HOOMANS!! 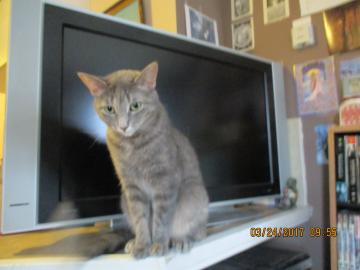 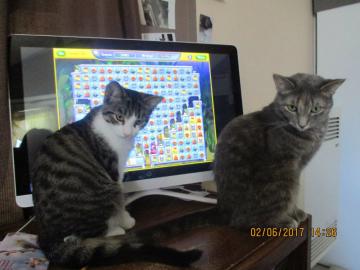